Mmmm, this has to be one of my favourite things to eat.

My friend, Norma gave me this recipe a while back and I can’t stop eating it.

It is divine, sweet but a wee bit tangy too and slightly crunchy.

Plus it requires no cooking, and its super quick to make…….

and the GREEDYBOYS  love it!!

Sorry still on phone camera for a few more days:)

This is my sole photo!! See the deliciousness!!

Not a yeasty but a definite mention as Hubby made them.

They are yummy, scrummy, yum, yum….

This is an old recipe of mine, and it basically guarantee’s you primo brownies and you can play with the recipe a bit as well if you want.

Not too many photos as even though I am not photographer, Hubby is worse! END_OF_DOCUMENT_TOKEN_TO_BE_REPLACED

Si, si, si per favore!!  I have to say these little beauties (in general) are gorgeous and so easy to make . The ones in Venezia are sublime, especially the ones with the pastry creme in them. Heavenly. I have seen other variations throughout Italy but i didn’t take much notice at the time:(  They were selling something similar at night in Siena at the odd stall around the city. Not at Palio time, in winter…….

So this my Frittelle friends, is what we are aiming for!!

Pour that Oil in!!

On the matter of oil, my husband and I have often debated getting a mini fryer. He says no, we would put on 5-10 kgs in a VERY short time and sadly i think it is true but then when i make something like this, doughnuts, beignets or deep-fried ice cream balls, then we have this huge pot of oil (which i will filter) which will be on the stove for a while until its used. When I cook, i like to use olive oil but sadly the cost of filling a pot with olive oil would make the cost of the frittelle astronomical! The kids use the oil and make chips a few times (but that for them is LABOUR intensive) and i will slowly chip away at it but i do wonder, ” mini fryer”? Would be easier and i could just pop it in the cupboard. Hmmm, more pondering maybe?

Back to the dough:

P.S : You can easily insert other delights into these, white chocolate, milk chocolate, jam, pastry creme, cream, moro bars err perhaps not cream,  the list is endless……..But things that hold shape and have some heat resistant are probably better. My son seemed to think jelly lollies would be nice!! I don’t think so…………You could,  if you were really adventurous, make it a savoury recipe but that we will look at another day 🙂

Frittelle how i love thee!! 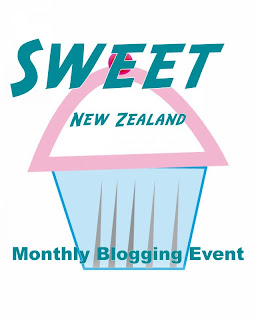